Polycarp: The Crown of Fire in Turkish 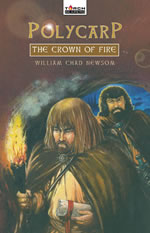 Another reason to be thankful during this Advent Season. I received an email today from Catherine MacKenzie of Christian Focus Publications, who published both Polycarp: The Crown of Fire and Talking of Dragons. Catherine also served as editor on Polycarp. She told me that they had been approached by a missions contact in the Middle East who wanted to arrange a translation of Polycarp into Turkish. At this point, we have no definite date for when this will happen, or when work on the translation will begin, but it is sufficient cause for thanks to know that it is being read by folks in that part of the world who would like to see the book in the language of the people. Even more interesting is the fact that Polycarp was the bishop of Smyrna, which survives today as the city of Izmir in modern Turkey. This may in fact account for part of the interest, as Polycarp would be better known there than in many parts of the world.
Written by William Chad Newsom at 12:18 PM No comments:

Categories: Books by WCN, The Crown of Fire 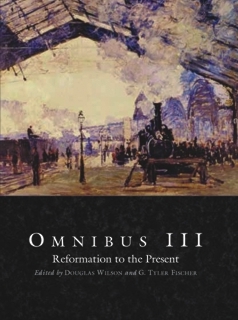 Last year, Doug Wilson and Marlin Detweiler graciously invited me to write an essay for their Omnibus literature curriculum, published by Marlin's Veritas Press. Omnibus I and Omnibus II, which were written for seventh and eighth graders, respectively, came out last year and the year before last. Omnibus III, including my contribution - an essay on Ernest Hemingway's The Old Man and the Sea - ships on 22 December. This is a great resource for homeschools and classical schools, and I am honoured to be a part of it. The series also includes contributions from the likes of Doug Wilson, who also co-edited the book, Peter Leithart, George Grant, Steve Willkins, and many others.
Written by William Chad Newsom at 12:39 PM No comments: