Brian McLaren vs The Middle Ages 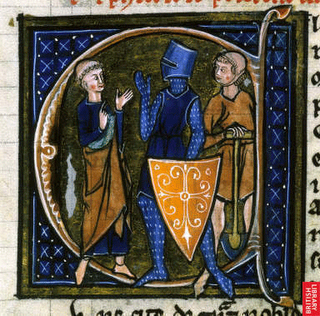 Click the title above to go to the original post that prompted me to write this. This was a comment I made on a blog called 'The Rabbit Hole.' The original post was an extended quote from Brian McLaren's book A New Kind of Christian, in which McLaren, in the course of making an unrelated point, attacks Medieval Christendom, which always amounts to fightin' words for me. Brian McLaren, who also wrote the book, A Generous Orthodoxy, is a popular author and leader of the so-called 'Emergent Church' movement. Here is my response in full.

Your quote from Brian McLaren: ‘But on a deeper level, if you told them [Medieval Christians] you didn't believe in the pope and you didn't accept that kings ruled by divine right and you didn't believe that God created a universe consisting of concentric spheres of ascending perfection, and if you let it slip that you agreed with Copernicus that the earth rotated around the sun, you would surely be tried as heretics and perhaps burned at the stake.’

Couldn’t let this outrageous statement pass unchallenged. While there is perhaps something to be said for McLaren’s larger point that people tend to see the Christian faith through the lens of whatever worldview they already hold (and that we are just as guilty of this as the Medievals or anyone else), McLaren’s view of Medieval Christendom is far too simplistic (as is his view of many things, sad to say), not to mention wildly inaccurate. A standard text (Norman Cantor’s The Encyclopaedia of the Middle Ages) that I picked up from a shelf at home, almost at random, is sufficient to demonstrate this, but others could just as easily be used.

Believing that ‘God created a universe consisting of concentric spheres of ascending perfection’ (he’s referring here to the Aristotelian/Ptolemaic model of Astronomy), though widely held, was not exactly a litmus test for Christian orthodoxy. While there was controversy over Copernicus’s theory, and later over Galileo’s support of Copernicus through his new invention of the telescope, there was no persecution of those who differed. And Copernicus was opposed as much by the scientific community of his day as by the ecclesiastical, a fact that is often forgotten. Further, it must be remembered that ‘…the breakthrough astronomical concept—that some bodies in the sky revolve around something other than the earth—had already been made by the beginning of the Middle Ages.’ (Cantor, The Encyclopaedia of the Middle Ages) It is true that scientists and churchmen at the time of both Copernicus and Galileo felt that the theory did not yet have sufficient proof (a fact that has been admitted by some in our own day) to establish it as factual. It is also true that they believed a heliocentric model contradicted Scripture, an idea that is now universally recognised (by the Church) as untrue. So, yes, the Church was in error, but, contra McLaren, no one was ever burned at the stake for believing in the Copernican system. This notion of McLaren’s that knowledge was somehow static during the Middle Ages, and that anyone who questioned that knowledge was immediately denounced or executed, is utterly ridiculous, even slanderous. The Middle Ages lasted a thousand years: does he truly think that the whole of that period can be reduced to his simplistic summaries?

McLaren’s statements regarding the divine right of kings needs serious adjusting as well. Cantor points out that there were several competing views of kingship in the Middle Ages, only one of which could be labelled as ‘the divine right of kings,’ a notion inherited from the Roman Empire. Indeed, it was in the Middle Ages that men first began to assert that constitutional law was higher than the king, and that the king’s will could be opposed if it went contrary to the law. The Gregorian Reform (late eleventh century) was a prime example of this. Cantor puts it this way:

‘…the papacy [began] talking about kings in a purely functional manner, comparing them to swine herders…vanguard ecclesiastical thinkers…developed liberal ideas aimed at limiting the claims and exercise of kingship. A king’s actions that flouted justice lost their validity, it was held. The law vested in the people and its constitutional assemblies stood higher than the king…These disputes about the nature, functioning, and limits of kingship were an important legacy of the Middle Ages…’

As regards the pope, the Medieval movement towards Conciliarism began to assert that the whole Church, assembled in ecumenical council, was a higher authority than the pope. Or we could consider the East-West schism of the eleventh century (1054) in which the whole of the Eastern Church (which had never truly accepted the sole authority of the bishop of Rome) finally rejected the rule of the Western pope. Or the Great Schism of the fourteenth century, in which there were two competing popes: one in Rome, and one in Avignon (later, there were three popes for a short period of time). During this Schism, Conciliarism was invoked to establish general councils as a higher authority than the pope, even reserving the right to declare and depose popes. Dante (died 1321), in his vision of Hell (The Divine Comedy), meets, not only such desperate sinners as thieves, gluttons, and even Judas Iscariot himself, but also popes! And William Langland (died 1385-1386), in his Piers Plowman, challenges Christians to trust more to God’s mercy than to Papal pardons and indulgences. Contra McLaren, one might almost say that anti-papacy, far from being foreign to the Medievals, was almost characteristic of the Middle Ages.

Also, McLaren said this: ‘To the Christian culture of medieval Europe, none of you today could be considered real Christians.’ The Medieval view of the Church was much higher (not to mention more Generous and more Orthodox) than McLaren is evidently capable of grasping. Are you baptised in the Triune name? Then you are (in a certain sense) a Christian, and would be considered so by Medieval men and women. Whether you are a good Christian is another question, perhaps, as it always is. For now, it is enough to say that McLaren’s view of our Medieval forefathers is anything but ‘Generous.’

Look, I know that all this is hardly the point McLaren was making, but it is never right to tamper with the truth (whether deliberately or through laziness in fact-checking) in order to make a good point. And this laziness has resulted in an unwarranted broadside attack against our fathers in the faith—something that McLaren seems to be well-known for.