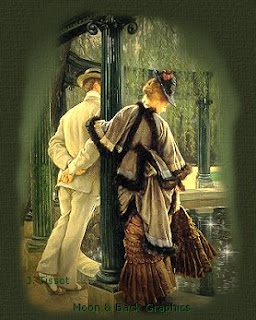 It is that time of year, when a young man's thought turns to love, or something like that. Few people know much about St Valentine, the man for whom this day is named (in case you were wondering, he wasn’t some sort of Don Juan or Cassanova, at least not that we know of). Here’s what New Advent has to say about him, or, rather, them:

'At least three different Saint Valentines, all of them martyrs, are mentioned in the early martyrologies under date of 14 February. One is described as a priest at Rome, another as bishop of Interamna (modern Terni), and these two seem both to have suffered in the second half of the third century and to have been buried on the Flaminian Way, but at different distances from the city. In William of Malmesbury's time what was known to the ancients as the Flaminian Gate of Rome and is now the Porta del Popolo, was called the Gate of St. Valentine. The name seems to have been taken from a small church dedicated to the saint which was in the immediate neighborhood. Of both these St. Valentines some sort of Acta are preserved but they are of relatively late date and of no historical value. Of the third Saint Valentine, who suffered in Africa with a number of companions, nothing further is known....

The popular customs associated with Saint Valentine's Day undoubtedly had their origin in a conventional belief generally received in England and France during the Middle Ages, that on 14 February, i.e. half way through the second month of the year, the birds began to pair…For this reason the day was looked upon as specially consecrated to lovers and as a proper occasion for writing love letters and sending lovers' tokens. Both the French and English literatures of the fourteenth and fifteenth centuries contain allusions to the practice. Perhaps the earliest to be found is in the 34th and 35th Ballades of the bilingual poet, John Gower, written in French; but Lydgate and Clauvowe supply other examples. Those who chose each other under these circumstances seem to have been called by each other their Valentines.'

So, another Christian holiday whose origins are nearly completely forgotten by our post-Christian culture. Who’da thought it?

I am one of those fortunate ones who live in great love with their Valentines. And here’s a detail that many will insist is mere fiction for effect, but is, nonetheless, quite true. My wife and I first went on a date on Valentine’s Day, seventeen years ago today. Now, in the interests of historical accuracy, she did accompany me to a Christmas banquet a couple of months earlier, but only as a friend, and we had not kept in touch during the interim. But on 14 February, 1990, she accompanied me to church (it was a Wednesday), and we went to dinner afterwards. At that time I declared my interest in her and my desire to spend time with her, and we came to an accord, namely, that we would begin to see something of each other. On 14 August, 1993, three and a half years later, to the day (the length, in some ecschatological schemas, I note in passing, of the Great Tribulation, a fact that is completely inapplicable in this case), we exchanged vows before God and Man, and were wed in the holy covenant of marriage. She is that rarest of jewels: a good wife, perfectly suited to me, and I can abide no thought of spending my life with anyone else. Angela, you are my crown of glory, and I love you.

Here is a poem I wrote for Angela, on St Valentine’s Day, two years ago:

A Short Poem for Angela Upon St Valentine’s Day

For this was sent on Seynt Valentyne's day Whan every foul cometh ther to choose his mate.
Chaucer, Parliament of Foules


This is the day when birds are wont to choose
From all the other birds their ‘destined mate;
And I that to a bird would nothing lose,
Did make my choice upon that self-same date.

St Valentine’s, the day of love and choice;
St Valentine, who loved and chose to die;
A martyr, whose brave death gave love a voice,
Who lent his name to those whose hearts shall fly.

Three things I seek and ever long to see:
For Goodness, Truth, and Beauty mark the Wise.
And under God, I, blessed, have found all three
Within thy heart, thy mind, and in thine eyes.

My wife and I very much appreciated that poem--we were engaged Valentine's Day '93!

Thanks Kevin, and happy anniversary to both of you!

Hey, how'd you find our site?