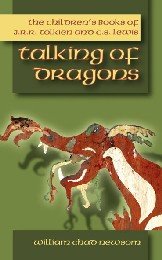 By day, I am a mild-mannered customer service trainer for an insurance company. They're a good bunch of folks to work with, not least because they seem to take a real interest in one's life outside the workday. As an example, when my colleagues heard that I had published a couple of books, they showed support in several ways, including setting up a couple of in-house book signings, and by publishing the article below in The Connection, our customer service newsletter. So, in the bio category, here it is (thanks to Liz Plummer for a fine article and for permission to reprint):

We’re all familiar with New Year’s resolutions and the process of setting personal and professional goals. Some goals are perennial favorites – lose weight, exercise more; others are a bit more unusual. William Chad Newsom, a Customer Service Training Specialist, set a personal goal five years ago, to work on getting a book published. And he’s succeeded – twice, so far.

Chad has always had a strong interest in storytelling, and has been writing poetry, songs, short stories, and novels since childhood. After completing some projects and submitting manuscripts for consideration, he researched a publishing website and noticed that they were looking for authors to complete a series of youth books on Christian martyrs. He submitted a proposal for a book on the life of Polycarp. The publisher asked for a few chapters, liked what they saw, and sent him a contract to complete the book. The result is Polycarp: The Crown of Fire.

Next, Chad ventured into Narnia and The Shire:

“I had an idea to write a book on C.S. Lewis and his friend J.R.R. Tolkien. Originally it was an idea for a biography, and that idea ended up changing a lot. I’ve been a fan of both writers since I was a kid, and I enjoyed The Chronicles of Narnia, The Lord of the Rings and some of their other writings – they both wrote in a pretty wide range of categories.” Chad wrote an entire manuscript called Talking of Dragons: The Children’s Books of C.S. Lewis and J.R.R. Tolkien and submitted it to the publisher for review. This non-fiction book explores The Chronicles of Narnia and The Lord of the Rings, as well as some lesser-known works by both authors. Chad also discusses the authors’ personal friendship and the Christian themes that wind through their collective works.

“I’ve described it as a family book, in the belief that one of the best ways to teach our children is through good stories, and therefore that we ought to try to create a culture of storytelling in our homes. This book takes the children’s writings of J.R.R. Tolkien and C.S. Lewis and uses them as a starting place. They’re a great place to start; these authors lived only a few decades ago and are pretty accessible to modern readers. And they’re a good starting place to go from there to get into some other great tales and make that a great feature of family life. The book takes these stories and introduces them to families. At the end of every chapter we have some family activities, suggestions for ways to take these stories and let them spark creativity in the home, to get kids interested in writing their own stories or creating other works of art, doing things with the family.”

Some writers spend their entire adult lives trying, without success, to sell a manuscript. How did Chad manage to get 32 articles and two books published? Apparently, it’s not as easy as he makes it seem: “It’s a process of much rejection and a little bit of success. You have to do a lot of homework, you have to dig into what’s out there, which publishers publish what kind of book, what their requirements are for submission of a manuscript. You have to know what kind of book you’re writing, who publishes it, and you just have to be fairly diligent in sending out manuscripts. I remember reading about one writer who sent a book to 26 different publishers and got rejected every time, and the 27th sent him a contract.”

Chad recently completed a contribution to Omnibus, a series of books that Chad describes as “a classical school literature curriculum.” Veritas Press will publish Omnibus III, including Chad’s contribution, later this year. In addition, he’s also working on a series of “board books” – those short, colorful cardboard books for toddlers. “Even little kids can understand stories and the flow of a narrative – people don’t give them enough credit. I’m writing a series of board books on the great legends, everything from Robin Hood to St. George and the Dragon, told on a very simple level, just as an introduction, and then maybe in a few more years, they can graduate to a more thorough rendering of the story.” And Chad is working, along with his father, on his first adult novel, which is in the very early planning stages.

Chad has also found time to create his own website, called Logres Hall (www.logreshall.com). This site features a variety of articles and interviews, including an interview with John Granger, author of Looking for God in Harry Potter, which explores Christian themes in J.K. Rowling’s series of Harry Potter books.
-- Liz Plummer
Written by W. C. Newsom at 12:30 PM