I am trying to get into the habit of writing short poems for special family remembrances: birthdays, anniversaries, and the like. Here are a couple composed recently for the birthdays of my two sons. William just turned four yesterday, and Nathanael was one year old in May. Here's William's, first: 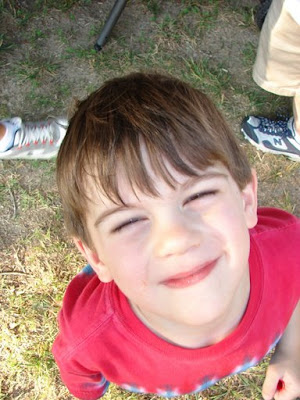 Four great Winds around us blow;
Four Directions a man may go—
East, West, South, North;
And Four brief years since you came forth.

Four years since your happy birth
(In this Fourth Age of Middle-earth);
Four Rivers flow in Paradise:
Drink deeply, and be strong and wise.

May the God of truth your heart enflame
(He of the great, Four-lettered Name)
With all the Four high Virtues, son—
Do not neglect a single one.

Ride on with valour, bravely fight
The Four Dark Horsemen of the Night;
And from this never turn aside:
The Foursquare City of the Bride.


And here's the one written for Nathanael: 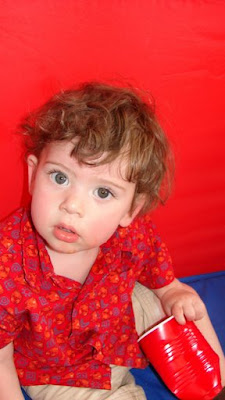 A Poem For Nathanael On His First Birthday


A year has passed (as of today);
Again it is the third of May.
The Earth has travelled ‘round the Sun,
And now my little boy is one.

I think that you’re too young to guess
Your father’s pride and thankfulness
(Though I suspect you see and know
More than the experts say is so).

The mysteries behind your eyes,
The parables of infant cries—
So long would take to comprehend,
While our brief time will quickly end.

So while the days are young, and new,
God grant that I may be for you
A father: noble, strong and wise,
Who seeks the truth behind your eyes.
Written by W. C. Newsom at 12:15 PM